The Chinese city is home to the largest port in the world, and cargo handling is struggling due to corona restrictions. “We are getting to the point where we are going to feel it in the Netherlands as well,” says Rogier Spoel of the logistics entrepreneurs’ association evofenedex.

In China’s metropolis of millions, the number of corona infections rose rapidly at the end of March. The government decided on a rigorous lockdown. As a result, the transport of goods has been restricted, even though China is seen as the factory of the world.

The port in Shanghai continues to operate – partly because staff work overnight in the port – but there are significant restrictions on the supply of products from Chinese factories deeper inland. Meanwhile, the rules in the port city have eased somewhat, but the end of the lockdown is not yet in sight. And this is also noticeable in the rest of the world, as delivery times are rising for goods made in China.

He says this is also because the port of Shanghai is a transit port for other countries in the region, such as Vietnam and Japan. “The ports and terminals are still running, but the longer the restrictions last, the bigger the problems become.”

Blow after blow for global logistics

Already at the onset of the corona crisis, global logistics is taking a few knocks. Added to that, in March 2021, a large container ship blocked the Suez Canal for several days. A few months ago, there was another lockdown in Ningbo, home to one of the largest ports in the world. And so now it is the turn of the slightly more distant Shanghai, while meanwhile Russia invaded Ukraine.

“As a result, the ports in Shanghai are now functioning only sparsely,” says port economist Bart Kuipers. “The cargo does come, but the capacity in the port is limited. This has actually been the case for more than a year and a half. And these measures are causing even more disruption and unreliability.”

The manager of the Port of Rotterdam also points out that one incident after another is disrupting logistics. “Think of COVID-19, the Suez blockade and now Ukraine again,” explains a Port of Rotterdam spokesperson. “As a result, the terminals have been very busy for some time now and 80 percent of the ships arrive in European ports with delays. This is very annoying for our customers, but also for the Chinese economy.”

So, the lockdown in Shanghai is adding to that, and he says that will ensure that container logistics does not fully recover in the coming period. “So it will remain very busy in the European container ports for the time being.” 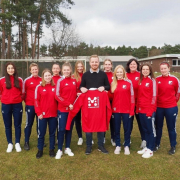 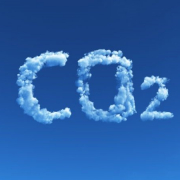 Surcharge for still uncertain carbon tax as early as next year 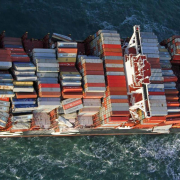 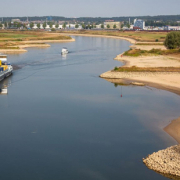 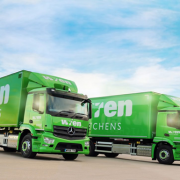